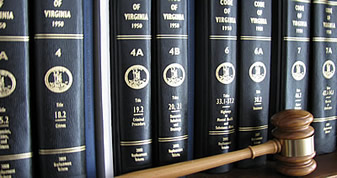 In 1981, the Virginia General Assembly enacted Chapter 9, §§ 32.1-310 through 32.1-321 of the Code of Virginia to regulate medical assistance in the Commonwealth. This Chapter authorizes criminal sanctions for specific acts of Medicaid fraud and abuse. The duties and responsibilities of the Unit are set forth in § 32.1-320.

In 1982, the Medicaid Fraud Control Unit (Unit) was established within the Office of the Attorney General (OAG) in accordance with federal requirements. This Unit is separate and distinct from the Department of Medical Assistance Services (DMAS), which is the single state agency in the executive branch responsible for the administration of the Medicaid program.

In 1995, the General Assembly significantly amended the Medicaid fraud statutes by converting Virginia Code § 32.1-314 from a larceny offense to a false-claims offense. The change eliminated the requirement that the Commonwealth prove $200 or more was wrongfully taken from the program in order to secure a felony conviction. Under the amended statute, the Commonwealth need only prove that a materially false statement was made in an application for reimbursement under the program.

2007 Va. Acts, c. 569. The United States Department of Health and Human Services, Office of the Inspector General issued a ruling on March 13, 2007 that found Virginia’s statutory regime was in compliance with the DRA.

In 2011, the General Assembly made several additional amendments to the Health Care Fraud statutes to facilitate investigations and recoveries. One such change amended Virginia Code § 32.1-314 to mandate that restitution be ordered to the victim, DMAS, upon conviction under the statute. Another amendment expanded the jurisdiction of the MFCU to investigate “complaints alleging abuse or neglect of persons in the care or custody of others who receive payments for providing health care services under the state plan for medical assistance, regardless of whether the patient who is the subject of the complaint is a recipient of medical assistance.”

The General Assembly also enacted changes to the Virginia Fraud Against Taxpayers Act (VFATA) that track changes to the Federal False Claims Act. The amendments to VFATA are designed to encourage the filing of qui tams, (commonly known as "whistleblower" complaints), facilitate the investigation of fraud allegations and seek to keep Virginia compliant with the DRA. Among those changes:

In 2012-2013, the General Assembly amended § 32.1-320 of the Code of Virginia to expedite health care fraud investigations and litigation. The revisions clarify existing authority for the Medicaid Fraud Control Unit to subpoena health records under the Health Privacy Act. Further, the amendments codified protections for attorney work product and privileged investigative files developed in the course of MFCU investigations and litigation. The codification provides a statutory basis to assert protection for such materials during the course of litigation. As many qui tams are filed in jurisdictions outside of Virginia, this change provides additional protections of attorney work product and investigative materials in matters filed in jurisdictions with differing practices and case law as to the extent of such privileges.

In 2015, the General Assembly amended § 32.1-314 of the Code of Virginia to expand venue in Medicaid Fraud cases to include “the county or city in which (i) any act was performed in furtherance of the offense or (ii) the person charged with the offense resided at the time of the offense.